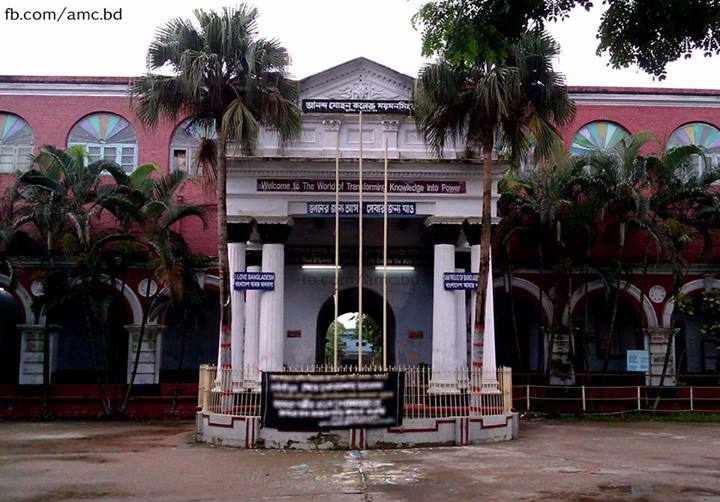 Anandamohan College one of the largest colleges in Bangladesh, was established at mymensingh in 1901. ananda mohan bose established the Mymensingh Institution in 1883 in his own family residence at Rambabu Road of Mymensingh town. The institution was later renamed City Collegiate School. On 18 July 1901, it introduced a college branch as an affiliate of the Calcutta City College established by the Brahmo Samaj. The college section was closed in 1906 after the death of Anandamohan Basu. Two years later, Mr. Blackwood, the district magistrate of Mymensingh took an initiative to reopen the college. In the process, the college was renamed Anandamohan College. Professor Baikuntha Kishor Chakravarty was appointed its first principal. The college was affiliated with Calcutta University till 1947. After partition of India, it was affiliated with the university of dhaka.
The college was nationalised in 1963. In the same year, it introduced honours courses in Bangla and History. It was given funding and other support for its expansion, after which it got three two-storied buildings, one auditorium, one students' common room and a library. The college became known as Government Anandomohan College from 1 October 1964 and was upgraded into a university college. The affiliation was once again changed to the national university in the 1990s.
The college now runs honours and masters programmes in 17 subjects. These are: Bangla, English, History, Islamic History & Culture, Islamic Studies, Economics, Political Science, Social Welfare, Sociology, Botany, Zoology, Mathematics, Physics, Chemistry, Geography, Accounting and Management. The college campus has a total area of 15.28 acres. New constructions in the campus include residential houses for principal and teachers, a guest house, a martyr's monument, boys' and girls' common rooms, a post-office, a power sub-station, a mosque, a playground and a big pond. The college has five students' hostels, of which one is for girls. It can also boast of a botanical garden and a few laboratories for students of the departments of physics and biological sciences. The college provides transport facilities to its students and teachers. It has units of the Bangladesh National Cadet Core (BNCC) and Rover Scouts run by commissioned teachers. Computer training facilities are also available for students. The college has a welfare trust for poor and talented students.
Government Anandamohan College has been enriched by contributions of many notable professors. Many of the college alumni have also made their names at home and abroad. Notable among former students are Dr. Niharranjan Ray (historian), P.C. Sarker (magician), Principal Ibrahim Khan (writer), Syed Waliullah (novelist) and Nirmalendu Goon (poet).