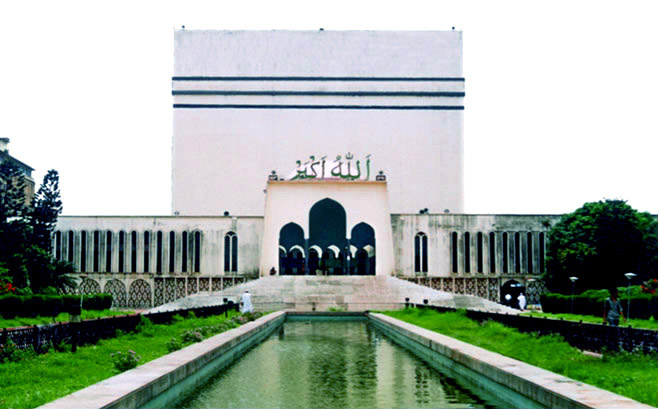 Baitul Mukarram Mosque is situated at Purana Paltan east of Bangladesh Secretariat and north of Dhaka Stadium. Largest Mosque in the city, three storied and built after the pattern of the Kaba Sharif. Very beautiful and costly decorations in the interior. Long lawn, garden and rows of fountains to the south and east. The mosque is on a very high platform. Lovely flights of stairs lead to it; from the south, east and north. On the east is a vast veranda, which is also used for prayer and Eid congregation. Below in the ground floor is a shopping center. Dhaka is a city of mosques. Other Prominent Mosques are the seven Domed Mosque (17th century), Star Mosque (18th century), Chawkbazar Mosque and Huseni Dalan Mosque.

Every time I paint a portrait I lose a friend.