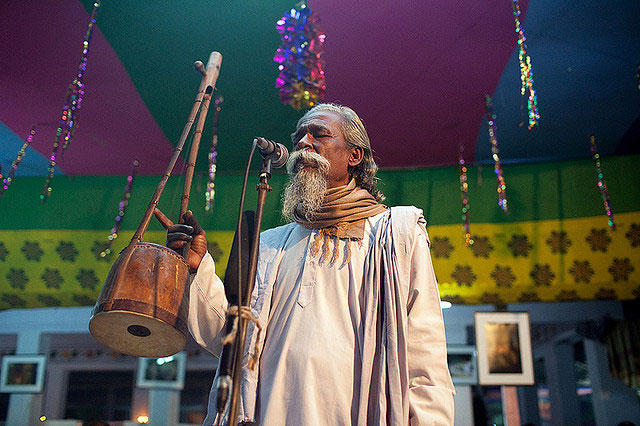 Overview of Music of Bangladesh

Bangladesh is traditionally very rich in its musical heritage. From the ancient times, music documented the lives of the people and was widely patronized by the rulers.
Bangla music in ancient times was mostly linked to prayer. Due to the immense influence of Hindu mythology, most folk songs are related to some sort of praise of the gods and their creation. Songs were associated with particular groups of people, such as fishermen, cart-drivers, hermits and so on. Most songs were based on classical themes.
Modernisation of Bangla music occurred at different times and most of these modernisation processes happened independently of western influence. Most notable of these changes were:

We spend most of our time and energy in a kind of horizontal thinking. We move along the surface of things%uFFFD[but] there are times when we stop. We sit sill. We lose ourselves in a pile of leaves or its memory. We listen and breezes from a whole other