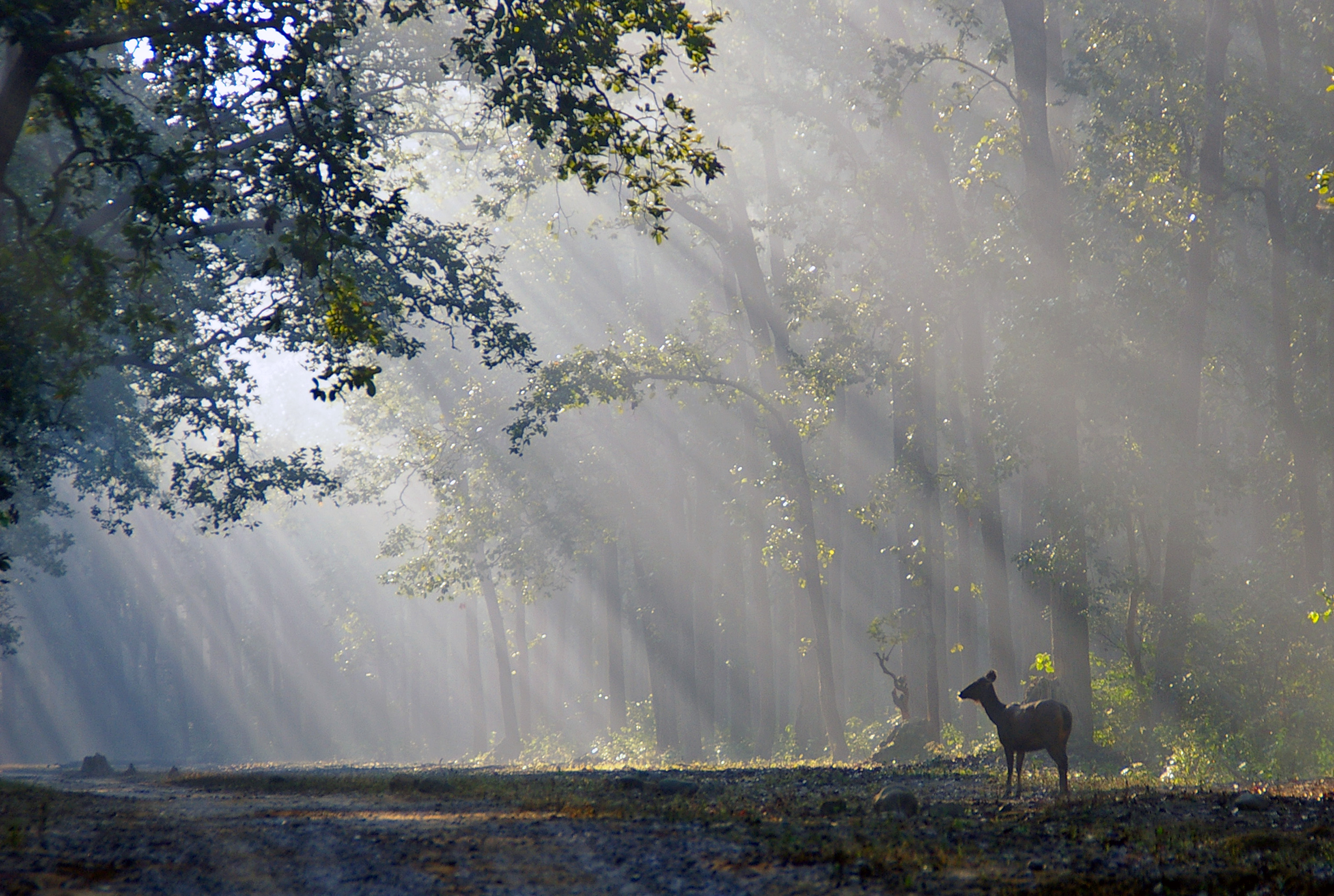 Sal Forest a forest type dominated by a single plant species, commonly known as Sal tree (Shorea robusta). It belongs to the category 'Tropical Moist Deciduous Forest'. The distribution of Sal forests is controlled by the conditions of topography, geology, and soil. Sal forests are mainly distributed in the South and Southeast Asia, occurring along the base of Tropical Himalayas from Assam to Punjab, in the eastern districts of Central India, and on the Western Bengal Hills. Sal forests have the widest distribution amongst all Dipterocarps, extending over an estimated area of 13 million hectares in India alone, and Bangladesh and Nepal together have over one million hectare. In Bangladesh Sal forests cover an area of about 121,000 ha which is about 32% of the total forest land. Sal forests have a fairly wide but interrupted distribution in drier central and northern part of the mainland, mostly occurring in Gazipur, Tangail, Mymensingh, Jamalpur, Comilla, Dinajpur, Thakurgaon, Rangpur and Rajshahi districts. The major Sal forests lies in the districts of greater Mymensingh and Tangail which is the largest belt, distributed between the Brahmaputra and the Jamuna extending a length of about 96 km and width of about 8 to 24 km running from north to south. This belt is known as 'Modhupur Garh'.
The principal plant species of the Sal Forest is S. robusta. It is one of the most important timber yielding plants. It is very strong, durable and fire protecting. The annual growing stock of Sal in Bangladesh is about 1.13 m3. The good quality timber of Sal is used for general construction purpose, especially for house building, electrical and telephone poles, boat and sleeper construction, and also for furniture and other carpentry works. Stems of Sal trees are a good source of aromatic gum called 'Sal damar', 'Rhal' or 'Dhoom'; used for caulking boats, carbon paper, type writer ribbon, varnishes and paints; also used in medicine as ointment for skin diseases. Oil manufactured from seeds is edible and pounded fruits are given for diarrhoeal diseases. Tribal people use the leaves for preparing rice cake. They also use the leaves as smoke. Leaves are commercially used for making small baskets and plates for serving dry food items.
Though Sal is the single most important tree species in Sal forest, yet about five hundred undergrowth species have been reported in association with Sal trees. A special type of microclimate prevailing in Sal forest ecosystem facilitates the huge association of undergrowth diversity there. But Sal forests rich with phytodiversity have been facing a great threat mainly due to their geographical location and topographical condition (plainland nature) resulting rapid reduction through over-exploitation, deforestation, excessive leaf-litter collection, encroachment, indiscriminate collection of specific economically important plant species (ie medicinal, fodder etc), and other form of human interference. On social point of view, Sal forest is one of the main forested areas in Bangladesh where a cross section of tribal people has been dwelling and they are dependent on Sal forests for their total livelihood. Such a disturbed but socio-economically and environmentally important forest ecosystem demands a comprehensive development of the whole ecosystem both for National-well-known for its wealth of medicinal plants as undergrowth and natural habitat for threatened animal like Hoolock gibbon (Hylobates hoolock)-and International (as dry and plainland tropical deciduous forest ecosystem) interest.