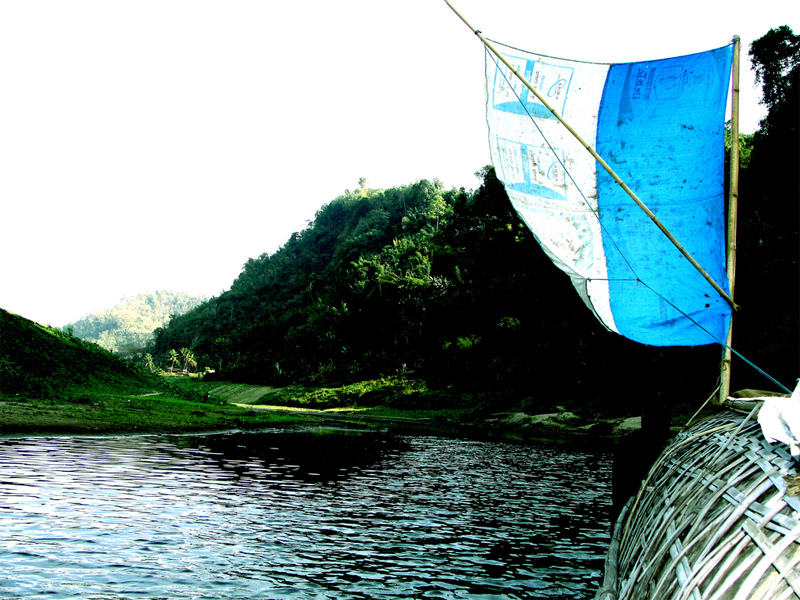 Sangu River has its source at 21°13´N and 92°37´E in the North Arakan Hills, which form the boundary between Arakan and the chittagong hill tracts. It follows a northerly circuitous course in the Hill Tracts up to bandarban. It enters the district from the east and flows west across the district and finally falls into the bay of bengal at the end of a course of 270 km (173 km within Bangladesh territory) at 22°6´N and 91°51´E about 16.09 km south of the mouth of the karnafuli.
The principal tributary of the Sangu is the Dolukhal, which drains the Satkania plain. The Chand Khali flowing through the Patiya plains also joins it on its right-bank. Further down, it is joined by the Kumira Khali and ultimately falls into the Kutubdia Channel. The Sangu is, therefore, a very important river in so far as it drains off the waters of three important upazilas - patiya, satkania and banshkhali. It has also a connection with the Karnafuli through the Chand Khali. The Sangu is a shallow river but it becomes violent during rains with rapid currents. It is navigable up to 48.27 km from the estuary. The Sangu gas field is located about 50km southwest of Chittagong and stands at a depth of 10 meters the Bay of Bengal.

In all things of nature there is something of the marvelous