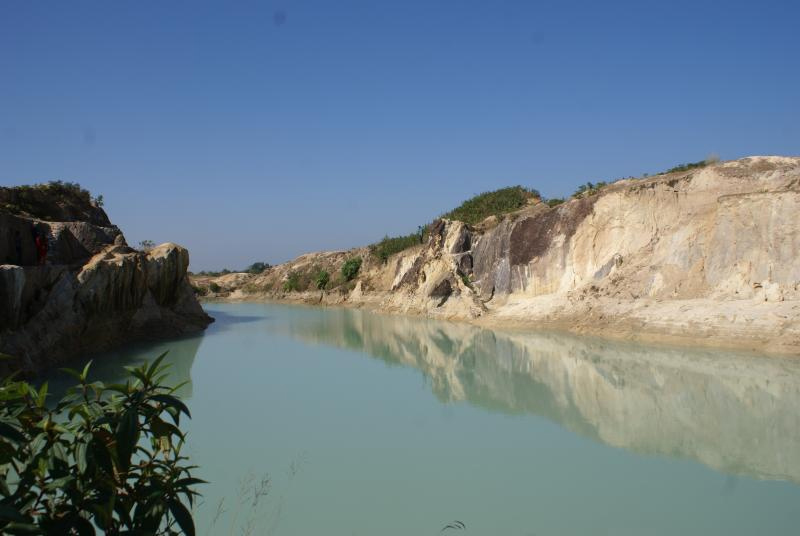 Susang Durgapur is 182 km from Dhaka, a real natural beauty of forest river & hills area where the Garos and other tribal live. You can also enjoy boating in the river. Wild Elephant some times comes from forest. But going to Susang Durgapur is a real troublesome for the tourists due to the location and communication problem in this area. It is advisable only to go there in winter season.
Susang Hills southern continuation of Garo Hills of western Meghalaya (India) which extends from Kuri beel in the west to the Bhugi river in the east occupying the northern border of greater Mymensingh district. Being the foothills of Garo Hills, Susang Hills are represented by elongated, domal hillocks and tilas separated by valleys formed by the rivers and streams originating from Garo Hills. Only the southern fringes of the highly elevated shillong massif consisting of Garo Hills, Khasi Hills and Jaintia Hills form a narrow strip of hills and hillocks in Bangladesh territory. The great Dauki fault with a throw of about 18 km has dissected these foothills from the Meghalaya plateau. Someshwari is the major river originating from Garo Hills that flows along Bijoypur and Durgapur and finally joins the kangsa in the south. Structurally, the area forms the southern flank of an anticlinal fold with sub-latitudinal axial trend (NW-SE) in the Garo Hills. They are represented by block faulted sediments of Plio-Pleistocene age and slopes southwards plunging below the Recent piedmont plain.
In the Susang Hills of Bangladesh only Dupi Tila and Dihing sequences are exposed. Kaolinitic white clay deposits of Bijoypur (Netrokona district) occur in Dupi Tila Formation in lenses alternating with sandstones.
Susang Hills are covered with thick wild vegetation with bamboo thickets and Garjan, Shal and Teak trees. Garo and Hajong tribal people reside in these hills. Here, the highest elevation is 42m MSL (mean sea level) while the valleys are about 13m MSL. In Sylhet, such hillocks are widely known as Tilas.
Along the border belt of Sunamganj district, similar low hillocks exist in Takerghat area. They are represented by Palaeogene sediments of Tura Sandstones and Sylhet Limestone formations with maximum elevation of 22m. Further east along the border belt of Sylhet district a series of hills stretch from Jaflong to the border with Cachar, India, in the east.

All art is an imitation of nature.